Angelo Scheepers hails from Bridgetown, Cape Town, and accepted Christ as Saviour in November 1963. He and Naomi were married in December 1975 and they have two sons (Grant and Dale) and three daughters (Crystal, Lynn and Megan). They have five grandchildren. 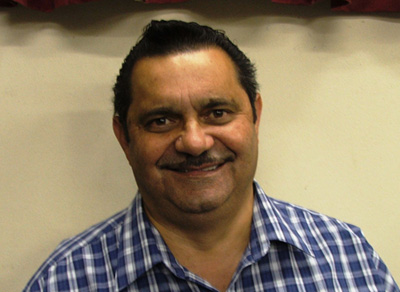 Angelo completed his schooling at Alexander Sinton High School in Cape Town. In 1974 he enrolled at the Baptist Theological College in Parktown, Johannesburg, and completed the Licentiate in Theology in 1977. Thereafter, he completed a BA, BTh and BTh Honours (in Missions) with the University of South Africa (UNISA) by correspondence. In 2009, he received the MTh degree in Practical Theology from the University of Pretoria.
Angelo was involved in church planting in Mitchells Plain, Cape Town (1978 – 1983) and Bloemfontein (1984 – 1985), and in pastoral ministry at West End, Port Elizabeth (1986 – 1990).
In 1991, he was invited to be the Area Co-ordinator for the Western Province Baptist Association, where he served for 12 years. He has been privileged to serve as the General Secretary of the Baptist Union since October 2001 until May 2018. Since then he has been serving the Baptist Missions Department as the National Outreach Developer on a part time basis.
He was inducted as the President of the Baptist Union in 1995, and as Vice President of the All Africa Baptist Fellowship in November 2011 and his term of office expires in November 2021.
Angelo has also served on various Commissions of the Baptist World Alliance during his tenure as General Secretary of the Baptist Union, and was very involved in the preparation and logistics for the 2015 Baptist World Congress held in Durban during 2015.
Angelo’s hobbies include reading, travelling, visiting the beach and game parks, and watching sport on television.