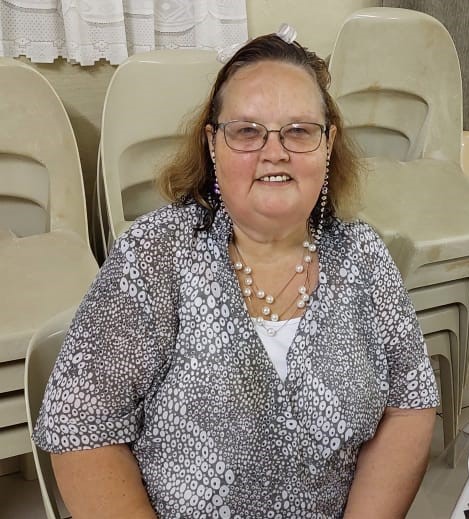 Mrs Heather Sullivan was inducted as the new President for the Women's Departmetn at the recent Mooi River Assembly.  Heather is married to Andy and they have three daughters, two son-in-laws and four grandchildren.  They have been serving as as missionaries in Zema for the last 15 years. Previously they have pastored in various churches in the Baptist Union for 25 years.

Heather is  a gifted adminsitrator and has faithfully served the department as treasurer and manse fund co-ordinator for many years. Heather is looking forward to visiting the ladies in the Border Network during the coming year.